Conductor James Jordan and the Westminster Williamson Voices continue a close relationship with Concerts at the Cathedral Basilica as they return with a stunning work by renowned Estonian composer Arvo Pärt. The composer was captivated and inspired by the text of an early Orthodox hymn, the Canon of Repentance to Our Lord Jesus Christ, and the creative process for this evening-length work spanned two years of the composer’s life. According to Pärt, “The ‘time we spent together’ was extremely enriching. That may explain why this music means so much to me.” The evening offers an immersive exploration of the singular voice of this pre-eminent contemporary choral composer, led by one of the most prominent and published authorities in the current choral field.

The Grammy® nominated WESTMINSTER WILLIAMSON VOICES named for the founder of Westminster Choir College, John Finley Williamson, has been praised by reviewers on both sides of the Atlantic. A community of singers, the ensemble, founded by James Jordan, has quickly distinguished itself on the international choral stage for its distinctive artistry, wide palette of choral colors, critically reviewed recordings, educational outreach and its mission to perform new music. The choir has additionally distinguished itself as a living choral laboratory.  The ensemble uniquely uses chant as the center of its musicianship study and performance. This emphasis has grown out of its residency and study at the Choral Institute at Oxford. The choir has embarked on a three-year project studying the performance practice and spirituality surround the works of Arvo Pärt.

Reviewers on both sides of the Atlantic are of one voice in praising the ensemble for its world premiere recordings on the Naxos label. Its recording Living Voices debuted on the Billboard charts. Gramophone magazine has described the Westminster Williamson Voices as an ensemble of “intimate and forceful choral artistry,” with a tone that is “controlled and silken in sustained phrases as they are vibrantly sonorous in extroverted material.” TheAmerican Record Guide praised the ensemble as “without peer.” The Choral Journal has described the Westminster Williamson Voices as an ensemble of “supreme artistry” and a choir that performs with “truth and precision.” And from a publication of the Arvo Pärt Project in 2014: “The Westminster Williamson Voices under his (Jordan’s) direction “are coming into their own in the American choral scene both here and abroad.”  In 2013, the ensemble received a GRAMMY nomination for its recording on the Naxos label in the category of Best Choral Performance. It was the first small ensemble at the University level to receive such a nomination.

In July, 2013, the Westminster Williamson Voices had the unique privilege of performing as part of the world Britten 100 celebration, the “ 50th anniversary “re-enactment performance” of the original premiere of St. Nicolas in the Lancing College Chapel in Sussex, where the piece was premiered with the composer conducting.  That concert was attended by representatives of HRH Queen Elizabeth and members of Parliament and was conducted by James Whitbourn.  As part of that performance, with the Bernardi Chamber Orchestra, the choir performed the world premiere of Agnus Dei by James Whitbourn with the composer conducting. This past summer, the choir performed the 50th Anniversary performance of the Bernstein Chichester Psalms on the exact day of its premiere, under British conductor Daniel Hyde. In 2013, the choir also gave its UK debut performance at Oxford as part of the Westminster Choral Institute at Oxford and the SJE Artist series. The choir also performed as part of the SJE Artist Series, performing Annelies under the direction of the composer with renowned British soprano Elin Manahan Thomas in 2014.

The ensemble has clearly established itself as a voice of composers of our time, and it has been acclaimed for its creative programming and collaborations with other art forms. Most notable were the ensemble’s performance at The Philadelphia Cathedral of Eric Whitacre’sLeonardo Dreams of His Flying Machine with the renowned Spiral Q Puppet Theater and the premiere of James Whitbourn’s Luminosity with The ArcheDream Blacklight Dance Theater Company of Philadelphia.

The choir has premiered more than 50 choral works and presented several early performances and premieres by noted composers Jackson Hill, William Duckworth, Paul Mealor, Tarik O’Regan, Roger Ames, Robert Moran, Blake Henson, Jaakko Mäntyjärvi, Ugis Praulins, Gerald Custer, James Whitbourn, Thomas Lavoy, Cortlandt Matthews, Peter Relph, Dan Forrest and Kile Smith.  It has premiered three major works by British composer James Whitbourn that have brought international attention.  In 2007, it performed the world premiere of the chamber version of Annelies, the first major choral setting of the diary of Anne Frank.  In 2008, it shared in a commission of Luminosity, a work for triple choir, dancers, viola solo, organ and tampura. In 2010, the choir premiered Whitbourn’s Requiem Canticorum. Past seasons have also included performances of the Mozart Requiem in D Minor with an orchestra composed of students from The Curtis Institute conducted by Daniel Stewart and Debussy’s Nocturnes with The Princeton Symphony Orchestra conducted by Rossen Milanov. In 2013, the choir performed the United States premieres in Princeton and New York of Paul Mealor’s  Crucifixus for choir, orchestra and baritone soloist.  The composer, writing of those performances, says of the choir: “Williamson Voices sing with delicate sensitivity, radiant warmth and create a truly sensuous sound.”

In April 2014, the choir made its Lincoln Center debut at Alice Tully Hall performing James Whitbourn’s Annelies. In 2015, as the choir in residence at the Choral Institute of Oxford, the choir performed with the renowned Choir of New College, Oxford under the direction of Edward Higginbottom.  The choir also was conducted by Oxford conductors Stephen Darlington (Christ Church College) and Daniel Hyde (Magdalen College).

The Westminster Williamson Voices has also assembled an impressive recorded discography. It has recorded more than 40 choral masterworks on the Teaching Music through Performance CD box sets that are used by conductors around the world as models of choral performance.  The ensemble can also be seen and heard in the DVD The Empowered Choral Rehearsal: Choral Masterclasses with Simon Carrington. The choir has six world premiere recordings to its credit. Annelies, by James Whitbourn,;performed with The Lincoln Trio; Arianna Zukerman, soprano and Bharat Chandra, clarinet; was released by Naxos in January of 2013.  London’s Guardian newspaper said of the recording “ The performance as a whole “is well prepared and palpably committed as befits a premiere recording.”  Gramophone has lauded Westminster Williamson Voices on the Anneliesrecording as “exhilarating” and described the ensemble as singing “with a precision and finesse normally found in the best of the UK’s large chamber choirs.”  In the spring of 2015, the choir premiered Thomas LaVoy’s Songs of the Questioner. In the spring of 2016, it performed two premieres of works by composer Dan Forrest in addition to completing another volume of recordings for the Teaching Music through Performance Series.

November 19, 2016, it will perform Arvo Pärt’s virtuosic Kanon Pokajanen, “Canon of Repentence,”  in the contemplative setting of the Metropolitan Museum’s Temple of Dendur. 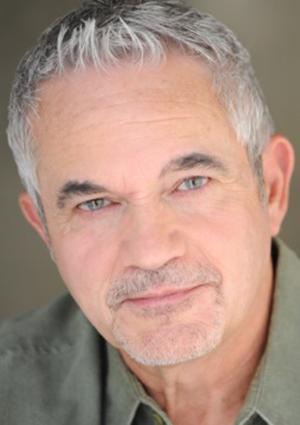 GRAMMY®-nominated conductor James Jordan is recognized and praised around the musical world as one of America’s pre-eminent conductors, writers and innovators in choral music. He was described as a “visionary” by The Choral Journal, which cited his book Evoking Sound as a “must read.” The most published musician/author in the world, his 35 books form the canon for teaching of conductors and choirs world wide. At Westminster Choir College he is professor and senior conductor, and conducts Westminster Schola Cantorum and the internationally acclaimed Westminster Williamson Voices.

Dr. Jordan has studied with the legendary conductors and scholars of the past 40 years, including Elaine Brown, Wilhelm Ehmann, Frauke Haasemann, Volker Hempfling and the renowned music psychologist Edwin Gordon.  His career as a conductor began as a finalist in the Leopold Stokowski Conducting Competition with The Philadelphia Orchestra under Eugene Ormandy.

He has made two recordings of the music of James Whitbourn with the Westminster Williamson Voices on the Naxos label, which have garnered wide critical acclaim on both sides of the Atlantic. Gramophone hailed him as a conductor of “forceful and intimate choral artistry,” and regarding the GRAMMY-nominated recording of Annelies, Choir and Organ wrote, “Jordan’s instinctive understanding of the score makes this a profound and emotionally charged experience.”  The Westminster Williamson Voices has been acclaimed on both sides of the Atlantic by reviewers and composers alike for its compelling sound and artistry. A friend to many of the world’s leading composers, Dr. Jordan has premiered more than 40 choral works by the world’s leading composers, among them Jaakko Mantyjaarvi, Blake Henson, Gerald Custer, Thomas LaVoy, Cortlandt Matthews, Dan Forrest, Paul Mealor, Dan Forrest and James Whitbourn.

Dr. Jordan’s career and publications have been devoted to innovative educational changes in the choral art, which have been embraced around the world. His research and writings have shaped far-reaching changes in the philosophy of music teaching and learning, conducting pedagogy, and the teaching of rhythm applying Laban Effort/Shape to both music teaching and conducting pedagogy.  In 2012, he received the Iorio Research Prize from Rider University. His exclusive publisher is GIA Music (Giamusic.com), Chicago.  He is executive editor of the Evoking Sound Choral Series (GIA), whose extensive catalog of almost 200 works stands as among the largest and most comprehensive choral series in world. The most recent publications, Discovering Chant, Sound as Teacher and The Musician’s Breath have received wide critical acclaim.  This year, Dr. Jordan will publish the only application of Gordon Music Learning Theory, Inside the Choral Rehearsal, a comprehensive 500 page text on all aspects of choral ensemble teaching and learning.

His residencies, master classes and guest conducting have taken him throughout the United States, Canada, Europe and Australia. Among the institutions where he has taught master classes are The Curtis Institute, Rhoades College, the University at North Texas, the University of Buffalo, Temple University, the University of Arizona, the University of Aberdeen, the Gordon Gesellschaft Duetschland and the U.S. Army Soldiers Chorus. He has conducted more than 30 all-state choirs, and in 2009 he was named to the choral panel for The National Endowment for the Arts.  Dr. Jordan serves as director of the Westminster Conducting Institute, one of the nation’s leading summer programs for the training and education of conductors. In the summer of 2013 he inaugurated, with Co-Director James Whitbourn, the Westminster Choral Institute at Oxford, a unique partnership with St. Stephen’s House, one of the Halls of Oxford University. Since its establishment in 2013, this program has quickly established itself as one of the world’s leading programs for the teaching of choral artistry to choral conductors.

This year, Dr. Jordan will make his Carnegie Hall debut conducting the Stabat Mater of Paul Mealor in addition to premiering Mealor’s Symphony No. 1 at St. Machar’s Cathedral in Aberdeen Scotland. Dr. Jordan has been honored as a distinguished alumnus at both Susquehanna University and Temple University. He was awarded the distinguished Doctor of Music by the University of Aberdeen in Scotland in 2014 to honor his artistry and contributions to choral music throughout the world. The University, established in 1485, has awarded degrees throughout its history to only two Americans: Dr. Jordan and Morten Lauridsen. He also shares this honor with Gustav Holst, Benjamin Britten and Dame Joan Sutherland.

Dr. Jordan’s lecture/teaching schedule and writings are detailed on his publisher’s website, http://giamusic.com/jordan.