The Art of the Italian Madrigal

An exhilarating new season of choral music begins with an evening of artful songs of love and wit, tracing the evolution of the Italian madrigal as it crosses 16th century Europe, migrates into the British Isles, and continues to the present. Led by Scott Tucker, one of the most respected artists in American choral music, the Chamber Singers of the Choral Arts Society of Washington offer a spectacular range of sumptuous music from Monteverdi and Palestrina to music of our own time by Morten Lauridsen and Jacob Druckman.

The 16th century was a period of great expression and inventiveness by composers in Italy. The Madrigal form began as a literary movement in which composers explored the relationship of musical devices to “paint” and express text, particularly poems of the great literary figures of their own and previous centuries such as Petrarch, Tasso and Ariosto. Early performances of Madrigals were sung not in public concerts but at gatherings of the academic elite in societies dedicated to the study and discussion of science and the arts.

This program includes music of the earliest pioneers of the Madrigal form, such as Arcadelt and Verdelot, and shows how the form progressed in the hands of later masters such as Orlando di Lasso, Gesualdo, and Monteverdi. Finally, we see the English Madrigal grow as an outcropping of the lighter Italian Madrigals, just as, back on the continent, the Italians were turning their attention to opera.

The Choral Arts Society of Washington

Now in their third season, the Chamber Singers has performed at a private concert at The Embassy of Finland and was a featured performer at Music at the Phillips (The Phillips Collection). In the 2015-2016 Season the Chamber Singers celebrated the release of their first recording (a double-disc set of a collection of hymns by Charles Wesley-onein English and one in Spanish) with a recording release concert in October; joined the Pan American Symphony Orchestra on a Zarzuela program at Lisner Auditorium; partnered with American University on The Terezín Project which explored the unique role of the arts during and after the Holocaust; and presented The Imitative Game celebrating imitation in music. In 2016 the Chamber Singers will present The Art of the Italian Madrigal following the Italian Madrigal from 16th century Italy to settings of the text by contemporary composers at Historic Dumbarton Church and will perform selections from this program at Concerts at the Cathedral Basilica in Philadelphia. The Chamber singers will also present a new holiday program, Christmastime in the City, at Live! at 10th& G in Washington, DCand perform their final concert of the season as part of the Concerts at Good Shepherd series in Burke, VA.

Members of the Choral Arts Chamber Singers are selected based on their vocal prowess and sight reading abilities as well as their interest and availability. It is an inter-generational ensemble, and includes members who are relatively new to the Choral Arts Chorus as well as singers who have been members for decades. In addition to volunteering as members of both ensembles, many also volunteer for Choral Arts in other ways, including holding roles in the Choral Arts Chorus leadership and serving as members of the Board of Directors or Young Patrons Steering Committee. They live throughout the D.C. metro-area, and work in such sectors as primary, secondary, and music education, government affairs, law, nonprofit, or own their own businesses. 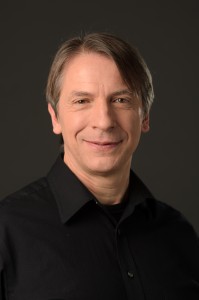 er Scott Tucker’s artistic leadership, the acclaimed symphonic Choral Arts Chorus has expanded to over 190 singers, and launched the Choral Arts Chamber Singers, a small vocal ensemble in 2014. He maintains Choral Arts’ strong connection with the National Symphony Orchestra (NSO) as well as continuing Choral Arts reputation as a sought-after choral ensemble, receiving invitations from a wide- range of guest contracts with such world-class artists and ensembles as The Philadelphia Orchestra, Baltimore Symphony Orchestra, Andrea Bocelli, and Sir Gilbert Levine for Peace through Music “In Our Age.”

Tucker has prepared the Choral Arts Chorus for such conductors as Christoph Eschenbach, Emil de Cou, John Mauceri, and Rossen Milanov to perform the NSO’s performances of Beethoven’s Missa Solemnis, Orff’s Carmina Burana, Handel’s Messiah, Hindemith’s When Lilacs Last in the Dooryard Bloom’d, NSO Pops concerts of music by Danny Elfman from Tim Burton’s movies, as well as Rachmaninoff’s The Bells for Vassily Sinaisky. He has also prepared large-scale symphonic works for other leading conductors including Peter Schreier, Fabio Mechetti, Daniel Hege, Carl St. Clair, Heiichiro Ohyama, Lanfranco Marcelletti, Jr., and Erich Leinsdorf. Most recently, Maestro Tucker prepared the chorus to perform Mahler’s Symphony No. 8 (Symphony of a Thousand) for Yannick Nézet-Séguin and the Philadelphia Orchestra on the 100th anniversary of the U.S. premiere with the orchestra; and Verdi’s Messa da Requiem for Marin Alsop and the Baltimore Symphony Orchestra.

In addition to his Choral Arts activities, Tucker is regularly invited to teach, speak, and conduct with a variety of local, national, and international organizations. Recent engagements include conducted a festival of singers from Virginia, Delaware, and Maryland for the American Choral Directors Association (ACDA), teaching at The Performing Arts Institute Summer Camp in Pennsylvania, conducting a male choir of high school and collegiate singers in Boston, MA for ACDA, judging The Music in Our Schools Competition in Hong Kong, China, and speaking at the 2014 Chorus America Conference. In 2017 Tucker will conduct the Alexandria Symphony for their performance Haydn’s Lord Nelson Mass and Bernstein’s Chichester Psalms.

Prior to his engagement with Choral Arts, Tucker was the P.E. Browning Director of Choral Music at Cornell University, where he directed the Men’s Glee Club and the Women’s Chorus, in addition to overseeing the activities of the Cornell Chorale, Chamber Singers, and Sage Chapel Choir. During his 17-year leadership, the Cornell choirs toured nationally and internationally: Tour highlights included an invitation to appear at the American Choral Director’s Association National Conference and a tour to Beijing, Shanghai and Hong Kong, China. The Cornell choirs collaborated with such acclaimed artists as Anonymous 4, Peter Schreier, and Samite and were featured on NPR’s “A Prairie Home Companion.”