New York’s most beloved choir celebrates its 25th Anniversary this season. They will present a special concert here in Philadelphia on TUESDAY, May 19, 2015 at 7 PM at the Cathedral Basilica of SS Peter and Paul, 18th at Benjamin Franklin Parkway. For tickets: www.cathedralphilaconcerts.org.
Mr. Keene has agreed to stay over an additional day to present a choral workshop for the singers of the Philadelphia area and the Members of our AGO Chapter.
Learn from the MASTER OF CHORAL MUSIC!! It will be an evening you and your singers will not forget.
Register TODAY to insure you get a spot and music! 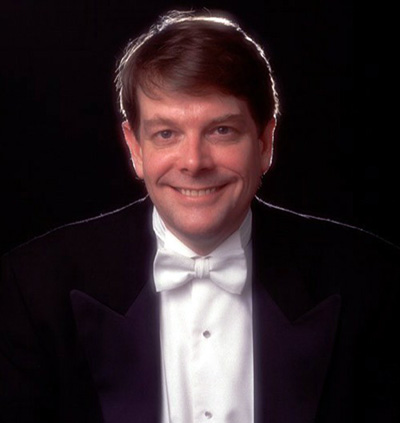 Founder and Director of Voices of Ascension, Organist and Choirmaster of the Church of the Ascension

Dennis Keene is Artistic Director and conductor of the Voices of Ascension Chorus & Orchestra. Known internationally through his many concerts and recordings with Voices of Ascension; his regular guest appearances as conductor and clinician; and his work as Artistic Director of The Dennis Keene Choral Festival, he has emerged as one of leading choral conductors in the world today. Recognized early as an exceptional organist, Dennis Keene began musical studies and performing in his native Los Angeles. He moved to New York City to study at The Juilliard School, where he earned the BM, MM, and DMA degrees and the coveted Gaston Dethier Organ Prize as a student of Vernon de Tar. Dr. Keene also studied privately in Paris with Marie-Madeleine Duruflé, André Marchal, and André Isoir. Dennis Keene was active as a recitalist until his interest in conducting led him to concentrate on that discipline. He subsequently studied conducting at the Pierre Monteux School for Orchestral Conductors, with Charles Bruck in Paris, and with John Nelson at The Juilliard School. His passion for the finest in professional choral music can be traced to his early work as organist with Gregg Smith, Roger Wagner, and Margaret Hillis. In addition to his work with Voices of Ascension and The Dennis Keene Choral Festival, Dr. Keene continues as Organist and Choirmaster of Church of the Ascension in New York City. He served for many years on the Board of Directors of Chorus America, the national service organization for the choral field, which honored him with the first Louis Botto Award for “innovative action and entrepreneurial zeal in developing a professional ensemble of exceptional artistic quality.” He has also served on the Choral Panel of the National Endowment for the Arts and on the Music Panel of the New York State Council on the Arts. From 1998 to 2003 Maestro Keene presented a major summer institute for the training of conductors and singers: The Dennis Keene Choral Festival, in Kent, Connecticut. In 1993 he began his recording association with Delos International, with which he has recorded such best-selling CD’s as Beyond Chant, The Duruflé Album, and the Berlioz Te Deum. This series of highly acclaimed recordings with Voices of Ascension has secured international recognition for both conductor and chorus and become the standard for first-ranked ensembles worldwide.